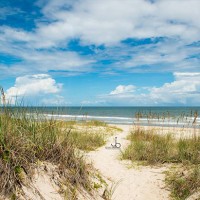 Discover the beauty and history of American Beach, Florida.

Amelia Island has so many beautiful beaches to vacation at it can be quite difficult to choose just one, but today we want to show you a lovely beach located on Amelia Island, American Beach, Florida. This particular beach is a historic beach community, which is most popular among African-American visitors. 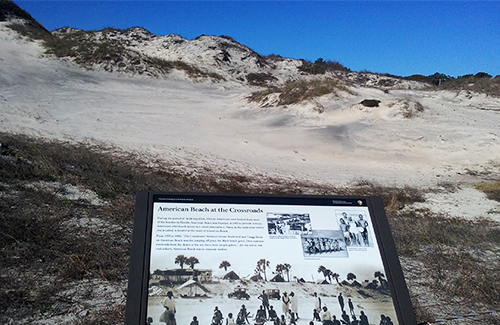 The beach is located north of Jacksonville on Amelia Island this beach is not subject to the crowds like other Florida beaches can be. The beach itself was founded by Abraham Lincoln Lewis, Florida’s first black millionaire back in 1935. The original idea for the beach was for Lewis to have a place that his employees at the Afro-American Life Insurance Company could go to vacation and have homes they could own by the shore. Talk about a generous man, right?! Back when segregation was a huge issue in the United States this idea was welcomed with open arms among the African American community, a place they could go to and relax without fear of negativity and humiliation.

When the civil rights movement came about and segregation was no longer a problem, many African Americans were opting for beaches closer to their homes instead of American Beach, which lead to the beach looking 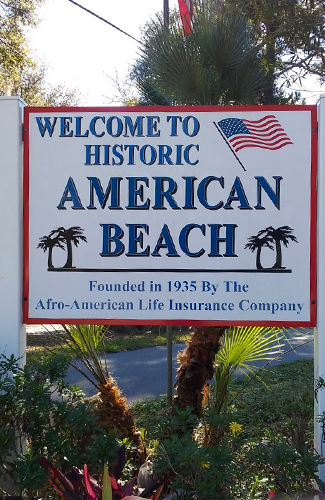 shabbier as the years went on. In 1977 A.L. Lewis’ great granddaughter, MaVynee Betsch or as she is better known to the locals as “The Beach Lady” returned to the beach and began fighting to preserve it. Betsch began planting trees along Lewis Street, led historical tours of the beach and even fought to raise public awareness of the beach. She fought for this beach until the day she died in September 2005. Ms. Betsch’s fight wasn’t in vain; in January 2001 the American Beach was listed as a historic site by the National Register of Historic Places and she even has a sand dune named after her, the NaNa Dune. If you want to learn even more about American Beach you have to visit the American Beach Museum, where you can learn about the beaches historic community, natural centerpiece, the NaNa sand dune, and even learn more about “The Beach Lady” while there.

What to do on American Beach:

Today, there is no shortage of things to see and do while on Amelia Island and American Beach, there are things for everyone to do from beaches, national parks, horse rides, powered hang gliding, sky diving, snorkeling, scuba diving and so much more. Come, learn some history and walk the historical walk and then kick back, relax and enjoy the beach side of the island with a chilled drink in your hand and the sand between your toes.